Thomas Hobbes was born in Malmesbury, the son of a wayward country vicar. He was educated at Magdalen Hall, Oxford, and was supported during his long life by the wealthy Cavendish family, the Earls of Devonshire. Traveling widely, he met many of the leading intellectuals of the day, including Francis Bacon, Galileo Galilei, and Rene Descartes. As a philosopher and political theorist, Hobbes established---along with, but independently of, Descartes---early modern modes of thought in reaction to the scholasticism that characterized the seventeenth century. Because of his ideas, he was constantly in dispute with scientists and theologians, and many of his works were banned. His writings on psychology raised the possibility (later realized) that psychology could become a natural science, but his theory of politics is his most enduring achievement. In brief, his theory states that the problem of establishing order in society requires a sovereign to whom people owe loyalty and who in turn has duties toward his or her subjects. His prose masterpiece Leviathan (1651) is regarded as a major contribution to the theory of the state. 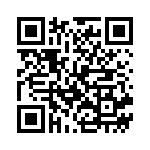