Interesting, but needs some editing. Apocalypse covers much the same ground as Earthquakes in Human History, except Apocalypse author Amos Nur focuses on the end of the Bronze Age. Nur is a ... Przeczytaj peģną recenzję

It seems that this book was written to convince Classical archaeologists that earthquakes are a legitimate explanation for some dispositions of the archaeological record. It's not technical; in fact I ... Przeczytaj peģną recenzję

Amos Nur is the Wayne Loel Professor of Earth Sciences and professor of geophysics at Stanford University. Dawn Burgess is a writer and editor based in Bar Harbor, Maine. She earned a PhD in geophysics from Stanford. 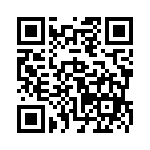