Strona 300
S. DRAYTON & Sons of Exeter include painting , depicting the three royal
residences , with in their Catalogue 267 , New Series , all that was the royal
monogram C.R. on sides , 1821 , & c . , 751 . sold of the library of the late
Chancellor ...
Strona 343
None of the tracts are mentioned by exhibit much enthusiasm for the genius of
name in the catalogue , but Browne must have this extraordinary man , nor for
Gesner , whose known something of them . He had , however , great work , the ...
Strona 362
I have tried to lated by several hands , 1614 , all figure in the show elsewhere that
the facts connected catalogue . with this trial have been greatly misrepreThe
foreign works make an extremely sented , and that Browne had really very ... 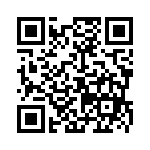