Jeffrey F. Beatty, J.D., was an exceptional teacher, having won both the Metcalfe Prize and Cup, Boston University's highest teaching award as well as the Charles Hewitt Award, which is given each year by the Academy of Legal Studies in Business (ALSB) for excellence in teaching. The highest honor for teaching conferred by the ALSB, this award is dedicated to the communication and recognition of creative teaching practices of business law. Prior to his joining the faculty at Boston University, Professor Beatty worked for several years as a legal aid lawyer, concentrating on general civil litigation. He also practiced in a private firm, where he concentrated on general civil litigation, including trials and appeals of tort, contract, employment, and property cases. Professor Beatty wrote television scripts and plays that were performed in Boston, London, and Amsterdam.

Susan S. Samuelson, J.D., is a tenured full professor in the School of Management at Boston University, where she has been awarded the Broderick Prize in recognition of outstanding teaching accomplishments. She teaches both law and ethics to undergraduates, graduate students, and executives. Professor Samuelson's research has focused on securities law and the management of lawyers (in both law firms and corporations). Her articles have appeared in the Boston University Law Review, Ohio State Law Journal, the Harvard Journal on Legislation and the Sloan Management Review, among others. She practiced law in the corporate department of the law firm Choate, Hall, and Stewart. She earned both an AB and JD at Harvard University. 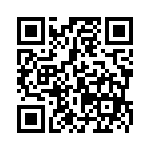