Brad Kozak is the founder and CEO of GrokMedia Technology, a strategic marketing and rich media design agency in Dallas, Texas. Brad began his career as a professional musician and freelance graphic artist. Spending six years at Micrografx as the creative director and user interface evangelist, he subsequently moved to work for Altsys (now a division of Macromedia) as the senior product manager for Virtuoso, the Windows NT/Sun Solaris/NeXTStep version of FreeHand. Leaving Altsys in 1992, Brad launched his own design agency, specializing in both traditional print and online interactive graphics. An acknowledged expert in rich media and user interface design, as well as music composition, arranging and orchestration, his cutting-edge work as a creative director and graphic designer has been recognized by such companies as Macromedia and Allegiance Telecom. His client list ranges from Prodigy, The Sharper Image, Nortel, Samsung, and Hewlett-Packard to a number of Internet startups. Brad currently serves on the Macromedia advisory boards for Fireworks and FreeHand, and was a lecturer at FlashForward2001/San Francisco, speaking on Using Flash in Business.

Eric E. Dolecki is currently Senior Interactive Designer and Interactive Technology Manager at Boston-based Directech eMerge. Clients include notable high-technology clients such as Teradata, WorldCom, and Connected. His Flash work appears in the Macromedia/Centennial Media Advanced Flash 5 Actionscripting Training CDROM, past issues of Computer Arts UK magazine, and he was a co-author of the advanced Flash book Macromedia Flash Super Samurai. In addition to published works, he has won numerous international Flash awards. He is a regular contributor to several open source Flash sites, and he maintains his personal site: www.ericd.net, which showcases experiments, manages his personal clients' work, and serves as a conduit between himself and those seeking to learn more about Flash. He actively maintains a personal client list.

Craig Swann has been an active member of the Flash community since its early days. He formed CRASH!MEDIA in 1997 as a way to express and explore this non-linear and interactive digital landscape. CRASH!MEDIA is a Toronto-based interactive design agency that specializes in integrating fresh ideas with cutting-edge technology. The company has worked on Flash projects for Coca-Cola, Intel, Alliance Atlantis, Miller Brewing, YTV, University of Toronto, Toronto Symphony Orchestra, The Canadian Gemini Awards, as well as Excite @ Home. Craig's love for all things audio has led to the creation of the award-winning site www.looplabs.com, which specializes in the integration of audio within a Flash environment.

Manuel Clement is the founder of MANO1.COM. Winner of three Macromedia SOD awards, he speaks around the world at events such as Flash Forward, Macromedia Web World, and Flashkit. He has contributed in the past to books such as Flash Bible and Flash Studio Secrets, and he was one of the chosen designers for the New Masters of Flash book.

Manuel is an established and respected member of the community, who has published articles and moderated discussion forums at FlashPad, Flashzone, and were-here. He also runs FutureProducers.com, a huge resource site and community for musicians featuring daily news from the industry, tutorials, reviews, and forums.

Passionate about design, technology, 3D modeling, and music, Manuel's client list ranges from Microsoft, the State of Florida, How Design Magazine to Native Instruments, Lynda.com, and the president of France: Jacques Chirac. 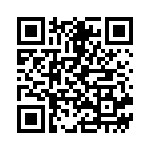