Professor Donald Carper began his career as an analyst for the State of California Coordinating Council for higher education researching critical issues in higher education for the California legislature. He served six years as Dean of Students and Lecturer in law at the University of the Pacific, McGeorge School of law. For the last twenty-five years he has taught in Colleges of Business at the University of the Pacific and California State University and the School of Agricultural Economics at the University of California, Davis. He practiced law and was the managing attorney for a medium size business and health law firm. While at McGeorge he helped establish the Institute for Administrative Justice which established a national reputation for training administrative hearing officers. His interest in administrative hearings as alternatives to judicial resolution led to an early interest in alternative dispute resolution. He acts as an arbitrator and mediator working to resolve public and private disputes. He is an Associate with the California Center for Public Dispute Resolution and serves on the Northern California Advisory Committee for the American Arbitration Association. He has been active in International programs. In recent years Professor Carper worked to establish two mediation centers in the Kaluga, Oblast in Russia. In addition he has worked on ADR programs and training of judges and lawyers in West Africa. His work in both Africa and Russia continues. In addition he has created and participated in training programs for lawyers and judges from Russia, Ghana, Nigeria, Senegal, Korea, and China at the California State University, Sacramento campus. Professor Carper received his undergraduate degree from California State University, Chico in Personnel and Industrial Relations, his Masters Degree in Public Administration from the University of Southern California and his Juris Doctor from the McGeorge School of Law, University of the Pacific.

Dr. John A. McKinsey is a practicing attorney in Sacramento where he also teaches Business Law at California State University in Sacramento. His law practice focuses on project development, environmental law and business transactions associated with energy and regulation. His research focuses on Administrative Law and the Regulation of Business. 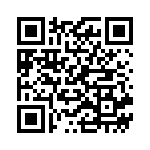