AROUND THE CRAGGED HILL: A Personal and Political Philosophy

The former foreign-service officer, professor at Princeton's Institute for Advanced Study, and author of 18 books now offers The World According to Kennan. Here, Kennan (Sketches from a Life, 1989 ... Przeczytaj peģną recenzję

Around the cragged hill: a personal and political philosophy

The guiding intellect behind the postwar policy of containment and author of a dozen books, Kennan has figured prominently in foreign policy debates since World War II. In this tightly written and ... Przeczytaj peģną recenzję

George F. Kennan was America’s most acclaimed Cold War diplomat as well as a prize-winning historian and author. 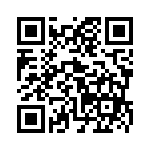