Excellent historical novel re a woman who may not have been as stunning as Elizabeth Taylor, but who definitely was *the* woman back then - well educated and a great ruler. Wonderful detail and ... Przeczytaj pe°nÝ recenzjõ

I was intimidated by the thickness of the book but once I got into it, found it fascinating. Having read other books about Cleopatra, I enjoyed reading her 'take' on her life. Actually, fairly ... Przeczytaj pe°nÝ recenzjõ

Margaret George is the author of The Autobiography of Henry VIII, Mary Queen of Scotland and the Isles, and Elizabeth I, among other novels. Margaret first got the idea to write historical fiction when, after reading numerous books that viewed Henry VIII through the eyes of his enemies and victims, she found herself wondering if there might be another side to the story. She became determined to let Henry speak for himself, and it took fifteen years, about three hundred books of background reading, three visits to England to see every extant building associated with Henry, and five handwritten drafts for her to answer the question: What was Henry really like? Margaret was born in Nashville, Tennessee, and has traveled extensively. She and her husband live in Madison, Wisconsin. 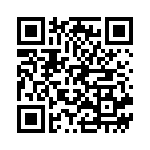