Strona 47
In Shakespeare ' s sonnets we find both plain and ornate styles , sometimes in
the same poem , but both , more often than not , in a state of decay ; and we find
also the only decay of rational structure which I can recollect among the major ...
Strona 52
The high reputation of the sonnet is due about equally , I suspect , to its virtues
and its faults . One of the most perplexing of the sonnets is CVII : Not mine own
fears , nor the prophetic soul Of the wide world , dreaming on things to come ,
Can ...
Strona 57
One can find good poems among the sonnets which do not achieve at any point
the greatness of certain lines from sonnets which fail . Such , for examples , are
XXIII , CXXIX , and CXLVI . The first of these is correct but minor ; the second ... 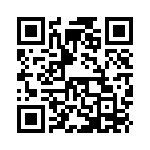