I was hoping for more discussion about the film itself, its plot, its quirks, but instead this really gets into the nitty-gritty of the filming process - if you want to know what footage was shot on ... Przeczytaj peģną recenzję

VERTIGO: The Making of a Hitchcock Classic

A yeomanlike study of one of the few deserving films not yet granted an entire book. Carefully and thoroughly (and with the cooperation of Hitchcock's daughter), film collector Auiler's first book ... Przeczytaj peģną recenzję 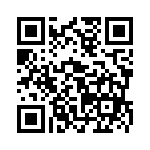