Richard J. Schonberger, author of Japanese Manufacturing Techniques (also from The Free Press), is a world-renowned authority on production and manufacturing. President of the consulting firm of Schonberger & Associates, Inc., in Seattle, Washington, he was formerly George Cook Professor of Management at the University of Nebraska. 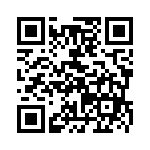