John A. Wagner has taught British and U.S. history at Phoenix College and at Arizona State University. He holds a BA from the University of Wisconsin-Oshkosh and an MA and PhD from Arizona State University. He is the author of The Devon Gentleman: The Life of Sir Peter Carew (1998), The Historical Dictionary of the Elizabethan World (1999), which was a History Book Club Selection, The Encyclopedia of the Wars of the Roses (2001), and Bosworth Field to Bloody Mary: An Encyclopedia of the Early Tudors (2003). He is also a contributor to the Historical Dictionary of Late Medieval England, 1272-1485 (2002), to Women in the Middles Ages: An Encyclopedia (2004), and to the Encyclopedia of American Race Riots (2006). 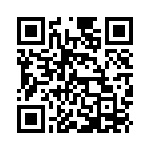