I was hoping for more discussion about the film itself, its plot, its quirks, but instead this really gets into the nitty-gritty of the filming process - if you want to know what footage was shot on ... Przeczytaj peģną recenzję

VERTIGO: The Making of a Hitchcock Classic

A yeomanlike study of one of the few deserving films not yet granted an entire book. Carefully and thoroughly (and with the cooperation of Hitchcock's daughter), film collector Auiler's first book ... Przeczytaj peģną recenzję

Dan is the bestselling author of Vertigo: The Making of a Hitchcock Classic (St. Martin's Press) Hitchcock's Notebooks (HarperCollins) and the recent Hitchcock Lost (Kindle/Smashwords, 2013). He has established himself as one of the leading experts on Hitchcock and film history; his expertise has earned him appearances in several important documentaries. He appears often television and radio programs to discuss Hitchcock, film history and contemporary cinema.

In addition to his continued work as a writer, Dan has also taught for more than twenty years in the Los Angeles area. He rebuilt moribund student newspapers and revived ignored drama programs, taking dormant, underachieving programs turning them into thriving success stories. Many of Dan's students have gone on to professional careers in journalism, theater and film.

Working with the cooperation of the Hitchcock estate, Dan was given unprecedented access to the director's notebooks, journals, and archives. 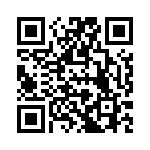