Readers will be captivated by Diamondola's courage, faith, and sacrifice which was attended by endless miracles. During the dying days of the Ottoman Empire Przeczytaj pe³n± recenzjê

Strona 19 - AND moreover, because the Preacher was wise, he still taught the people knowledge; yea, he gave good heed, and sought out, and set in order many proverbs. The Preacher sought to find out acceptable words : and that which was written was upright, even words of truth.
Wystêpuje w 433 ksi±¿kach z lat 1611-2007
Strona 10 - Then they that feared the Lord spake often one to another : and the Lord hearkened, and heard it, and a book of remembrance was written before him for them that feared the Lord, and that thought upon his name.
Wystêpuje w 1088 ksi±¿kach z lat 1181-2008 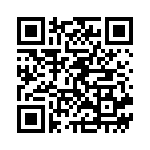