Robert H. Binstock, Ph.D., is a professor of Aging, Health, and Society at Case Western Reserve University. Stephen G. Post is the director of the Center for Medical Humanities, Compassionate Care, and Bioethics at the Renaissance School of Medicine at Stony Brook University. He is the author of The Moral Challenge of Alzheimer Disease: Ethical Issues from Diagnosis to Dying. 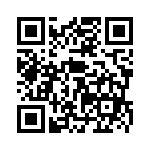