Martin Klimke is Associate Dean of Humanities and Associate Professor of History at New York University, Abu Dhabi. He is the author of The Other Alliance: Student Protest in West Germany and the United States in the Global Sixties (2009), co-author of A Breath of Freedom: The Civil Rights Struggle, African-American GIs, and Germany (with Maria Höhn, 2010), as well as editor of the publication series Protest, Culture and Society.

Jeremy Varon is Professor of History at the New School for Social Research, New York. He is author of Bringing the War Home: The Weather Underground, the Red Army Faction, and Revolutionary Violence in the Sixties and Seventies (2004) and The New Life: Jewish Students of Postwar Germany (2014). He is also the co-founder and editor of The Sixties: A Journal of History, Politics and Culture. 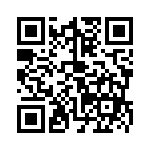