Born in Field Place, near Horsham in Sussex, Shelley was educated at Syon House Academy and Eton, where he acquired the sobriquet "Mad Shelley" for his independent spirit. While at Eton he published Zastrozzi (1810), a Gothic novel. Expelled from Oxford because he refused to retract his atheistic beliefs, Shelley quarreled with his wealthy father and was banished from home. Shelley married impulsively and then abandoned his young wife to run off to Italy with the 16-year-old Mary Wollstonecraft Godwin (the daughter of the radical feminist and the anarchist philosopher, who was eventually to write Frankenstein). While in Italy, Shelley became close friends with Byron, and the two became objects of endless, notorious rumor. Shelley's personal character was revered by almost everyone who knew him. Extremely generous toward others, frugal with himself, he strove tirelessly for the betterment of humanity. Prometheus Unbound (1820), a lyrical drama in four acts, calls for the regeneration of society through love and for the destruction of all repressive institutions. The Cenci (1819), a verse drama based on real events, is one of the few plays from the romantic period still produced. Shelley's lyrics are marvelously varied and rich in sound and rhythm. Wordsworth regarded him as the best artist among living poets.Adonais (1821), written to honor the memory of John Keats, is one of the supreme elegies in English.The Triumph of Life, which was left incomplete at his death, has been hailed by T. S. Eliot as the nearest approach in English to Dante (see Vol. 2). The "Ode to the West Wind" and "To a Skylark" are anthologized everywhere. Shelley's early death by drowning ended his career just as it was coming into full flower. A revolutionary in his art and life, Shelley is considered by many to be an inspired polemicist and poetic genius. As one of his contemporaries wrote in Etonian (1821), "He is one of the many whom we cannot read without wonder, or without pain. . . . 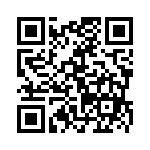