Strona 297
The same ceremony was then observed to his Serene Highness Prince Leopold
of Saxe - Coburg , who appeared in regimentals , with his order of merit ,
attended by Sir Robert Gardiner , and Baron Hardenbroke , who introduced them
, and ...
Strona 402
It was observed with no common feelings of satisfaction , that the health of the
Princess Charlotte daily improved at Claremont ; and certainly the change in her
inode of life could not but be conducive to the re - establishment of her health .
Strona 687
Dr. T. observed to the deceased before he went to bed , that he ... Mr. George
Hollings , Surgeon , had observed a considerable alteration in the deceased's
state of mind , and his manners , for some time past , and believed him to be in a
state ... 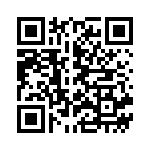