Daniel N. Robinson is Distinguished Research Professor Emeritus, Georgetown University. He is Faculty Fellow in Philosophy at Oxford University where he has lectured annually since 1991. He is the author or editor of numerous books including Wild Beasts and Idle Humors: The Insanity Defense from Antiquity to the Present and Aristotle's Psychology. 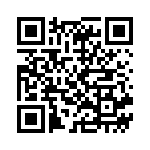