Reuben Archer Torrey (1856-1928) was at one time early in his Christian life a higher critic. Yet, during a year of study in Germany, he rejected that philosophy, and he later became one of the leading thinkers among the early Fundamentalists. A powerful preacher, Torrey made his mark on world evangelism. Among his other achievements were being the first superintendent of Moody Bible Institute, pastor of the Moody Memorial Church, the Church of the Open Door in Los Angeles, and dean of the Bible Institute of Los Angeles (now Biola University). Torrey wrote many books, including The Real Christ (1920), Is the Bible the Inerrant Word of God? (1922), and The Power of Prayer. 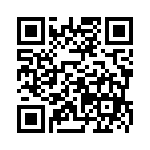