Strona xvi
The idea of inventing the Protagonist, who says whatever he wants, whatever
comes into his head, is marvelous. Hearty congratulations!" Thespis was happy,
but Maecenas hadn't finished. The worst was yet to come. "The thing is, I'm not an
...
Strona 6
Plato uses the Socratic idea of logos and goes beyond: 1. The idea is the intuitive
vision we have, and precisely because it is intuitive, it is "pure": there is not in
reality any perfect triangle, but the idea we have of the triangle (not of this or that
...
Strona 7
Plato only multiplied the beings who for Parmenides were a single being; for him
they are infinite, because the ideas are infinite. 2. The mataxis, that is, the
participation of one world in another, is unintelligible; in truth, what has the world
of ...

This new edition of Theatre of the Oppressed brings a classic work on radical drama fully up to date and includes a new foreword by the author Augusto Boal. Boal restores theatre to its proper place ... Przeczytaj pe³n± recenzjê 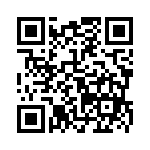