Solomon's Power Brokers: The Secrets of Freemasonry, the Church, and the Illuminati

Knight and Butler, both well-known researchers into matters occult and arcane, collaborate for a third time. If you can believe that the moon is artificial and that an ancient global civilization much ... Przeczytaj peģną recenzję

Christopher Knight invested seven years conducting research into the origins of Freemasonic rituals. His first book, The Hiram Key (1996), co-authored with Robert Lomas, became an instant bestseller and has since been translated into 37 languages selling over a million copies worldwide. Alan Butler, an engineer, but fascinated by history, also became an expert in astrology and astronomy. He has researched ancient cultures, pagan beliefs and comparative religion and has published four successful books the Knights Templar and the Grail legend. They are co-authors of the best selling Civilization One. 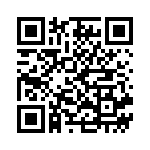