Strona 113
3 The interesting feature of the Special Committee report was that it consisted of
two entirely different parts though both concerned the same Rules of Procedure.
In the first part, were detailed recommendations for introducting concrete ...
Strona 122
There was added a second part containing paragraphs 19, 20, 29, 30, 35, 36, 37,
38 and 39 from the report of the Special Committee. 36 While the first part of
Annex II, items a, b, c, d, was given the form and substance of procedurel Rules ,
the ...
Strona 170
The opposition was so strong that it was finally resolved to appoint a special
committee to study the Secretary-General's memorandum and other proposed
changes in the Rules of Procedure of the General Assembly, and to submit its
report at ... 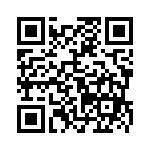