This book was helpful to me as I got ready to travel to England for the first time, and then later to move here--however, it wasn't as helpful as I had hoped. I guess I knew a lot of what was there already, so I wasn't as much of a dummy as I thought ... ;) Przeczytaj pe≥nĪ recenzjÍ

Donald Olson is a novelist, playwright, and travel writer. His newest novel, Memoirs Are Made of This, was published in the U.K. by Hodder Headline in 2007 under the pen name Swan Adamson. Earlier Swan Adamson novels include Confessions of a Pregnant Princess and My Three Husbands, which was translated into French and published by J’ai Lu, Paris. Donald Olson’s novel The Confessions of Aubrey Beardsley was published in the United Kingdom by Bantam Press, and his play, Beardsley, was produced in London. His travel stories have appeared in the New York Times, Travel + Leisure, Sunset, National Geographic books, and many other publications. England For Dummies, 1st Edition won a 2002 Lowell Thomas Travel Writing Award for best guidebook. His other guidebooks, London For Dummies, Best Day Trips from London, Irreverent London, Germany For Dummies, and Frommer’s Vancouver & Victoria, are all published by Wiley Publishing, Inc. London is one of Donald’s favorite cities, and England is one of his favorite countries. 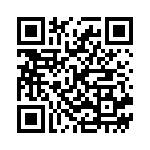