Strona 92
As a man , it became him to feel for his wife and his children , and the faithful guards of his person , that were massacred in cold blood about him ; as a prince , it became him to feel for the strange and frightful transformation of ...
Strona 110
We felt for them as men ; but we kept aloof from them , because we were not citizens of France . But when we see the model held up to ourselves , we must feel as Englishmen , and feeling , we must provide as Englishmen .
Strona 276
Those officers , on the other hand , who , by carrying their point through an interest in the Assembly , feel themselves to be at best only second in the good - will of the crown , though first in that of the Assembly , must slight an ... 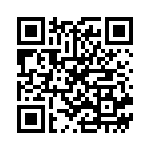