Strona 10
The texts supply considerable detail on Abraham's appearance before the
emperor in Constantinople, his return to Egypt aided by the empress Theodora,
and his eventual foundation of a monastic community at Farshut. For my
purposes here, ...
Strona 25
Lazaros, the founder and superior of the community, had just received an
unwelcome letter from one of his monks who had been sent to Constantinople to
see the emperor, Constantine IX Monomachos. Much to Lazaros' s dismay, the
letter ...
Strona 83
... 50 Chrysampelos (Kumbag) 46, 50 Chryse Petra, Kloster 21 A. 47 Ciöavica,
mountain ränge (between Kosovo and Metochia) 61 A. 79 Cinarh (Platanin,
Platanos) 46, 50 Cintepe (in Neochörion bei Peristasis; Yeniköy) 49
Constantinople 10, ... 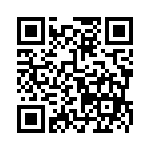