Strona 78
... ventilate this subject , and discuss Lord Powerscourt then moved , in the absence of Major every matter which tended to advance the material interests Borrowes , that the resolution which the last - named gentleman of the country .
Strona 162
Taking potash salts , and organic matter to superphosphate , the same the entire twelve series of experiments , the average yield , mixture , minus the superphosphate , should be compared with after a dressing of dissolved Peruvian ...
Strona 525
The penny of organic matter , and also in the formation of ammonia . was handed round , the lecturer remarking that an immersion Nest , nitrogen existed as organic matter - a loose term applied of a few minutes , would have complecely ... 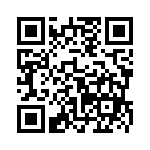