After becoming established as a self taught artist specialising in reconstructing extinct species, Julian P. Hume undertook a PhD at the Natural History Museum, London. Julian now works as an author and artist at the Natural History Museum in Tring and has a long record of describing species new to science. An expert on the extinct birds of the Indian Ocean, he has dug for Dodos on Mauritius, searched for flightless pigeons on the Comoros, and undertaken many other research expeditions around the world. His previous books include Lost Land of the Dodo (Poyser, 2008) and Extinct Birds (Poyser, 2011). 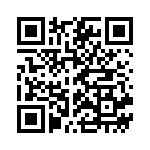