Nationalism and the nation-state are fairly recent phenomena, dating to the 1500s. How did they come together and how has the idea of nationalism been perpetuated in the modern era? Anderson sees the ... Przeczytaj peģną recenzję

An essential read in comparative and global politics, yet deeply flawed due to significant disregard for the importance of ethnicity and culture without strong evidence to do so. Przeczytaj peģną recenzję

Benedict Richard O'Gorman Anderson was born in Kunming, China on August 26, 1936. He received a degree in classics from Cambridge University in 1957 and a Ph.D. in government from Cornell University in 1967. He taught at Cornell University until his retirement, as an emeritus professor of international studies, in 2002. His best-known book, Imagined Communities: Reflections on the Origin and Spread of Nationalism, was first published in 1983. He died of heart failure on December 12, 2015 at the age of 79. 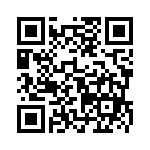