Who goes first?: the story of self-experimentation in medicine

The ethical implications of self-experimentation are not the focus of this fascinating book. Yet the subject arises frequently as Altman explores developments in a variety of medical disciplines such ... Przeczytaj peģną recenzję

Lewis Thomas was born in Flushing, New York, and received his medical degree from Harvard University, with a specialization in internal medicine and pathology. He has been a professor at several medical schools, as well as dean of the Yale Medical School. Most recently Thomas has been chancellor and president emeritus of the Memorial Sloan-Kettering Cancer Center in New York City and professor of medicine at the Cornell Medical School. His erudite books have earned him a wide audience, making him one of the best-known advocates of science in the United States during the past 20 years. For example, The Lives of a Cell won the National Book Award in arts and letters in 1974, and The Medusa and the Snail won the American Book Award for science in 1981. 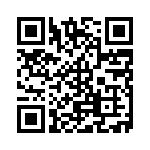