Keith L Moore was born in 1973, and raised in the city of Chicago, Illinois. He received his B.S. in Education in 1999 from DePaul University, Il and his M.A. in Inner City Studies Education from Northeastern Illinois University in 2005. Currently he is

working towards a second masters degree majoring in Education at the National College of Education. Since 1992, Mr. Moore’s primary research interest has been the study of freemasonry and it’s connection to what he defines as the African Moorish science experience. This exposure gave rise to formation of eastern religions and cultures among blacks in the western hemisphere namely North America. In 1994 he was initiated, passed, and raised to the degree of Master Mason and in 1999 to the 32nd degree of Freemasonry. Mr. Moore has always had a fascination with what he defines as the various studies into the esoteric sides of religions .Mr. Moore is a educator, researcher and member of several Masonic and afro centric research societies. Currently Mr. Moore is conducting research on the negro shriners order and their influences on the Islamic faith among blacks in America. 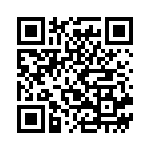