I absolutely loved this play, though I can't say it's my favourite since I have a strong affinity for the comedies. Anyway, from line one with the witches to Malcolm's ending speech; the play was a ... Przeczytaj peģną recenzję

Paul Leonard Murray has worked as an actor and educator for over 30 years. He graduated in Theatre, gained an MA in Educational Theatre and a PhD in Applied Theatre. Originally from England but now living and working in Belgrade, Serbia, Paul is a passionate believer in the power of theatre to engage, educate and amuse children of all ages. He is currently the director of Belgrade English Language Theatre which is a youth theatre for young people for whom English is not their native tongue.

The plays in the Silly Shakespeare for Students series were developed with the help of his youth theatre member’s and can be read in class or performed. Inspired by the humour of the Goons, Monty Python and Commedia dell Arte (and of course the bard himself) Paul hopes that these adaptations can help to inspire further appreciation of theatre, the English language, Shakespeare and silliness. 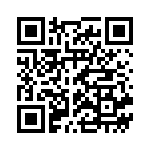