Strona 385 - IF there be therefore any consolation in Christ, if any comfort of love, if any fellowship of the Spirit, if any bowels and mercies, 2 Fulfil ye my joy, that ye be likeminded, having the same love, being of one accord, of one mind.
Wystêpuje w 1072 ksi±¿kach z lat 1686-2008
Strona 384 - For none of us liveth to himself, and no man dieth to himself. For whether we live, we live unto the Lord; and whether we die, we die unto the Lord: whether we live therefore, or die, we are the Lord's.
Wystêpuje w 1119 ksi±¿kach z lat 1694-2008
Wiêcej
Strona 345 - I blessed the most High, and I praised and honoured him that liveth for ever, whose dominion is an everlasting dominion, and his kingdom is from generation to generation : and all the inhabitants of the earth are reputed as nothing : and he doeth according to his will in the army of heaven, and among the inhabitants of the earth: and none can stay his hand, or say unto him, What doest thou?
Wystêpuje w 468 ksi±¿kach z lat 1710-2007
Strona 363 - And unto the Jews I became as a Jew, that I might gain the Jews ; to them that are under the law, as under the law, that I might gain them that are under the law...
Wystêpuje w 512 ksi±¿kach z lat 1801-2008
Strona 304 - Then the twelve called the multitude of the disciples unto them, and said, It is not reason that we should leave the word of God, and serve tables.
Wystêpuje w 1194 ksi±¿kach z lat 1755-2008
Strona 285 - But the natural man receiveth not the things of the spirit of God ; for they are foolishness unto him; neither can he know them, because they are spiritually discerned. But he that is spiritual judgeth all things, yet he himself is judged of no man.
Wystêpuje w 584 ksi±¿kach z lat 1698-2008
Strona 363 - A Christian man is the most free lord of all, and subject to none; a Christian man is the most dutiful servant of all, and subject to every one.
Wystêpuje w 119 ksi±¿kach z lat 1883-2007
Strona 124 - Whatsoever impediment be to the contrary, we will set forth that authority to the uttermost. For we received from that See our crown imperial...
Wystêpuje w 73 ksi±¿kach z lat 1812-2008
Mniej

Niccolo Machiavelli was born on May 3, 1469 in Florence, Italy. He was a political philosopher, statesman, and court advisor. Starting out as a clerk, he quickly rose in the ranks because he understood balance of power issues involved in many of his diplomatic missions. His political pursuits quickly ended after he was imprisoned by the Medici family. He is best known for The Prince, his guide to power attainment and cutthroat leadership. He also wrote poetry and plays, including a comedy named Mandragola. He died on June 21, 1527 at the age of 58. 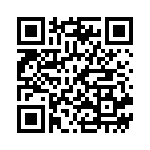