A friend asked me what I would like for a recent birthday. I retorted, ‘Just go into a charity shop and pick a book you think I will like.’ A vague request to which a look of consternation followed ... Przeczytaj pe°nÝ recenzjõ

Ugh, this was really hard to get through. I would have given it one star, except for the fact that Philip Roth is an amazing writer. The protagonist is vile. I like a anti-hero or villain as much as ... Przeczytaj pe°nÝ recenzjõ

Philip Milton Roth was born in Newark, New Jersey on March 19, 1933. He attended Rutgers University for one year before transferring to Bucknell University where he completed a B.A. in English with highest honors in 1954. He received an M.A. from the University of Chicago in 1955. His first book, Goodbye, Columbus, received the National Book Award in 1960. His other books include Letting Go, When She Was Good, Portnoy's Complaint, My Life as a Man, The Ghostwriter, Zuckerman Unbound, I Married a Communist, The Plot Against America, The Facts, The Anatomy Lesson, Exit Ghost, Deception, Nemesis, Everyman, Indignation, and The Humbling. He won the National Book Critic Circle Awards in 1987 for his novel The Counterlife and in 1992 for his memoir Patrimony: A True Story. He won the PEN/Faulkner Award for Fiction in 1993 for Operation Shylock: A Confession and in 2001 for The Human Stain, the National Book Award in 1995 for Sabbath's Theater, and the Pulitzer Prize in 1998 for American Pastoral. He stopped writing in 2010. He died from congestive heart failure on May 22, 2018 at the age of 85. 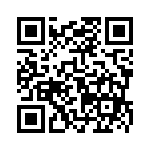