Strona 41
When, however, the tyre is made separate, it is also cast in an iron mould in the
shape of a round ring, of much less diameter than the intended tyre, and
consequently of a proportionably greater thickness of metal, but of such a
sectional form ...
Strona 98
The following paper, by Mr. JAMEs RAMsbottom, of Manchester, “On the
construction of packing rings for pistons,” was ... being unequal in different parts
of the ring; and as the packing rings used by the writer are made of wire or drawn
rods, ...
Strona 157
The end of the strap d, is prevented from coming out of the groove in the nut by a
ring, which passes round the groove, and is screwed or rivetted to the tail of the
strap: the lower jaw is then worked up or down by turning the nut f. Fig. 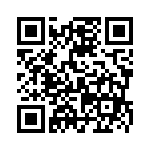