One of the leading humanist writers of the French Renaissance, Rabelais was at first a Franciscan and then a Benedictine monk, a celebrated physician and professor of anatomy, and later cure of Meudon. The works of Rabelais are filled with life to the overflowing, hence the term "Rabelaisian." His principal protagonists, Gargantua and his son, Pantagruel, are appropriately giants, not only in size, but also in spirit and action. The five books of their adventures are separate works, containing, in different measure, adventures, discussions, farcical scenes, jokes, games, satires, philosophical commentaries, and anything else that a worldly, learned man of genius such as Rabelais could pour into his work. His style is innovative and idiosyncratic, marked by humorous neologisms made up from the learned languages, Greek and Latin, side by side with the most earthy, humble, and rough words of the street and barnyard. His Gargantua, published in 1534, satirizes the traditional education of Parisian theologians and, in the Abbe de Theleme episode, recommends a free, hedonistic society of handsome young men and women in contrast to the restrictive life of monasticism. The gigantic scope of Rabelais's work also reflects the Renaissance thirst for encyclopedic knowledge. 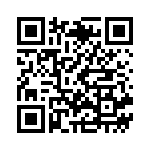