Strona 15
In the Lutrin , the goddess of Discord is introduced without any connexion . The
two prefaces of Sallust will suit any subject as well as history . Episodes in
narrative poems demand some degree of union , as between principal and
accessory .
Strona 253
In a theatrical entertainment , which employs both the eye and the ear , it would
be a gross absurdity to introduce upon ... devils , or other supernatural powers ,
are introduced as real personages , mixing in the action , and contributing to the ...
Strona 269
Thespis , to relieve the singers , introduced one actor ; whose province it was to
explain the subject of the song , and who represented one or other personage .
Æschylus , introducing a second actor , formed the dialogue , by which the ... 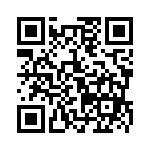