Strona 273
To solve the difficulty of ascertaining that there were 56,273,000,000 tons of coal lying under other strata than those of the coal - bearing era , was entrusted to four of our most eminent geologists : Professors Ramsay , Jukes , and ...
Strona 275
In the pillar and stall method , the coal is excavated from a certain area , pillars or props of coal being left pretty freely to keep the roof from falling in , thus securing the safety of the colliers , and preventing the coal itself ...
Strona 277
On our railways , too , great saving has been effected by the use of coal instead of coke , and it is said that the coal bill of the South Western Company is £ 30,000 a year less in consequence of this . 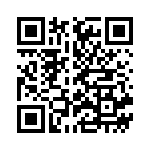