A description of an experiment of starvation and rehabilitation done on 36 CO's towards the end of WWII. Intriguing in terms of the effects immediate and long term of starvation but also for the portraits of many of the people involved. Przeczytaj peģną recenzję

I am actually surprised that this book is not more popular. It is a highly readable account of a fascinating medical study conducted on conscientious objectors during World War II. Anyone interested ... Przeczytaj peģną recenzję 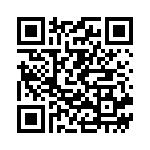