Prominent Anglo-Saxon scholar Phillip Pulsiano has authored and edited numerous books and articles, including Companion to Anglo-Saxon Literature & Culture, Anglo-Saxon Manuscripts & Their Heritage (with Elaine M. Treharne), and the Barthar Saga.
Kirsten Wolf is a professor of Scandinavian Studies at the University of Wosconsin-Madison. In addition to editing a variety of works in the field of Icelandic studies, she has also published several important translations, including Writings by Western Icelandic Women. 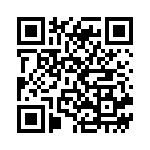