Raymond Van Dam is Professor of History at the University of Michigan and author of the companion volumes Kingdom of Snow: Roman Rule and Greek Culture in Cappadocia and Becoming Christian: The Conversion of Roman Cappadocia, both also available from the University of Pennsylvania Press. 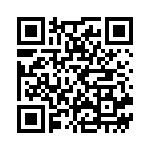