LETTERS TO A YOUNG EVANGELICAL

I decided to pick up a copy of one of Campolo's books to see if in context he was as bad as he sounds out of context. I can't believe what I read. Maybe my expectations were way off base. I was ... Przeczytaj pe³n± recenzjê 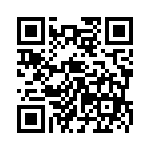