Jan Kott was born in Warsaw, Poland in 1914. In 1964, he co-signed "The Letter of the Thirty-Four" protesting Polish censorship, and in 1969 he was official dismissed from the University of Warsaw where he was Professor of Polish Literature. Leaving Poland, he came to the United States and has taught at the State University of New York at Stony Brook from 1969 to the present. 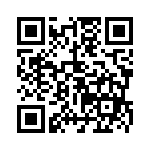