Strona 95
I have always heard it explained thus : - Two i , compared with 3 and 4 , it is clear
that the “ six friends , A and B , marry their respective mothers , corpses ”
belonged to two families , each consisting and have each a daughter , C and D .
of a ...
Strona 187
Robert Marshall of Tadcaster married - Queries . daughter of Thomas Lacock of
Tadcaster , by whom [ We must request correspondents desiring information he
had issue , Robert Marshall , who married Anne , on family matters of only private
...
Strona 207
The two sons and daughter - born respectively in 1750 , 1753 , and Queries .
1741 — of the second Duke of Ursel may have [ We must request correspondents
desiring information married and left descendants , as also his sister , the on
family ... 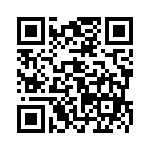