Martin Puchner, is Associate Professor of English and Comparative Literature at Columbia University and author of Stage Fright: Modernism, Anti-Theatricality, and Drama. He is coeditor of Against Theatre: Creative Destructions on the Modernist Stage (2006), and The Norton Anthology of Drama (forthcoming). 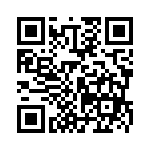