Strona 14
The inner electrode a * is designed to be gripped at the top By HENRY J. S.
SAND , Ph.D. , D.Sc. , by the clutch described ( loc . cit . b ) , its wide glass stem
WILLIAM M. SMALLEY . rotates inside the glass tube A , which latter is gripped by
the ...
Strona 112
An alkaloidal substance , capsicin , posses . Garnett and Grier method in
important particulars , and sing a conin - like odour , is present in minute amount ,
but it which is described as follows :is not pungent . Ten cc . of a tincture , or the
ether ...
Strona 224
May 12 , 1911 naphthiminazoles and their derivatives were described , This
possibility was frequently considered during the which , according to the
evidence obtained , were struc . progress of the research , and several
unsuccessful attempts ... 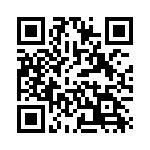