In this unique book, Father Thomas Kocik sets out to redress a specific problem: the counterproductive mutual antagonism between two camps of liturgical conservatism. On one side are the ... Przeczytaj peģną recenzję

Fr. Thomas Kocik, also the author of a book on Apostolic Succession, is a member of the Priestly Society of Cardinal Newman. 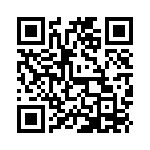