It used to be said that you needed either the three volumes from Stevens (of which this is the first) or the three from Doug Comer (which I don't own), to do any serious network programming. His ... Przeczytaj pe≥nĪ recenzjÍ

This is a fantastic textbook about different network protocols. The protocols are illustrated using the output of tcpdump and other utilities. Protocols discussed include: IP ARP RARP ICMP UDP IGMP ... Przeczytaj pe≥nĪ recenzjÍ

W. Richard Stevens, one of the world's leading experts on networking and UNIX, was the highly-respected author of the UNIX Network Programming Series, Advanced Programming in the UNIX Environment, and the TCP/IP Illustrated Series, each of them classics in their fields. Gary R. Wright has worked with TCP/IP for more than eight years. He is President of Connix, a Connecticut-based company providing Internet access and consulting services. 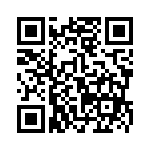