Strona 19
Probably his bias was towards the High Church party — albeit his daughter married Bulstrode of Bulstrode , and her son raised a corps for the Parliament , while her nephew was the famous Sir Bulstrode Whitelocke .
Strona 252
John Bradley by this lady had two sons , Thomas , a merchant , and John , a doctor , and two daughters , who both married remarkable men . Ann , the elder , became the wife of Matthew Sutcliffe , and Elizabeth , the younger , married ...
Strona 335
When Panurge was thinking seriously of matrimony , Friar John made him hearken to the bells of Varenes , and Panurge joyfully interpreted their message into , " Take thee a wife , take thee a wife , and marry , marry , marry ; for if ... 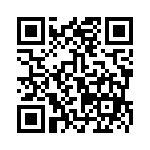