Strona 331
Middle Temple ; Hector Pawlett , alias Lambert ; and Thomas Kirkiby and
Susanna his wife , as in right of the said Susanna . The said William Pawlett [ & c .
] being sons of the said Jane , and Susanna being the daughter of the said Jane .
Strona 332
and Walter , and of a daughter Constance , A Gifford pedigree is given by Berry ,
but who married Oliver St . John of the adjoining does not continue far enough for
the purpose parish of Farley Chamberlayne , where she of these notes .
Strona 363
His daughter Charlotte was the first Author . - Her husband Thomas Rowe ' s Wi
wife of Henry Fane , son of Henry Fane , father , Benoni Rowe , was the son - in -
law and youngest brother of Thomas , eighth ( not son ) of John Rowe , 1626 ... 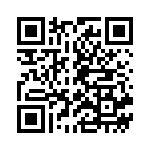